Novosibirsk is the largest Siberian city, an industrial and cultural centre of Russia. Akademgorodok with Novosibirsk State University and the Siberian Branch of the Russian Academy of Science is a world famous scientific and educational center. At the same time there is no university which offers full academic courses in Egyptology and focuses on training specialists in ancient Egyptian. 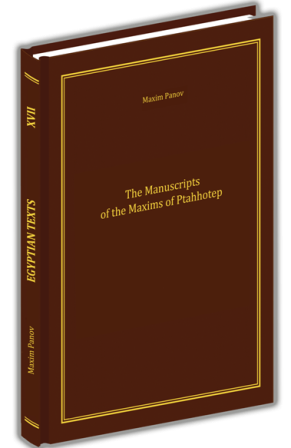 The first monograph was published in 2011. Though seventeen volumes has been appeared, the project “Egyptian Texts series” is at the beginning of its development, the work on the new books is ongoing; in the long term, it is intended to publish more than thirty volumes: a full collection of texts from all periods of Ancient Egyptian history translated for Russian readers. The books include an up-to-date discussion and Russian translations of the Egyptian records dating to the extended period; the selected texts are preserved on different types of sources: funerary stelae, obelisks, statues, papyri, graffiti. Both earlier and recent editions of the monuments have been studied; a major part of the inscriptions are photo collated. Some volumes are in German and English, moreover, publication of the sources and transliteration of the inscriptions under discussion facilitate understanding of the text for Egyptologists who do not read Russian. The books are available both in the libraries of the world’s largest universities and museums and free in pdf. format.

The program is intended as a toolset for searching signs in the integrated catalogue of the hieroglyphs and writing short hieroglyphic inscription or vast hieroglyphic texts in vector mode. The goal of the Program is to achieve the highest possible operation effect in comparison with other text editors, since the Program design is based on a new concept of editing texts.